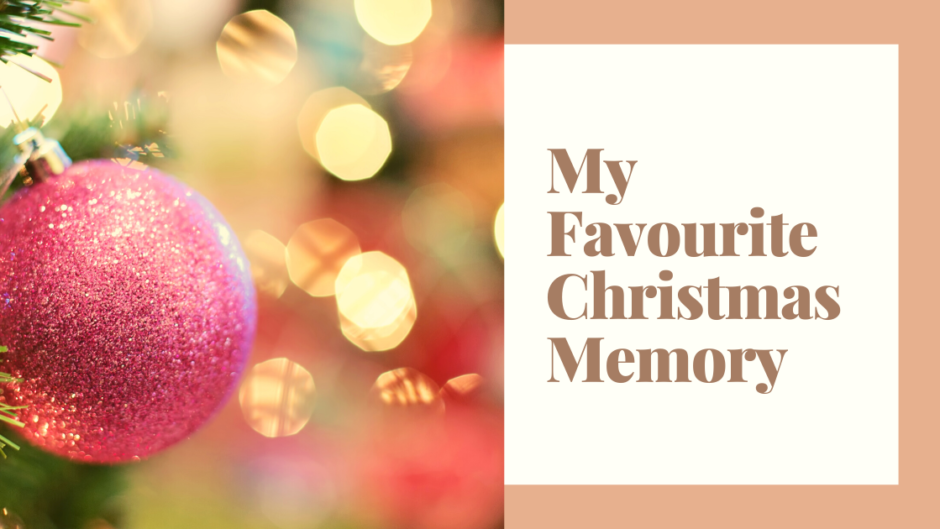 'Twas the night before Christmas, when all through the house not a creature was stirring, not even a mouse."

Is how I would have loved to start this story but alas, my story technically started a few days before Christmas Eve. I suppose by now you realize that I love Christmas. The change in temperature, the food aplenty and the overall vibe the season brings makes me happy.  This love I have for Christmas goes back to my younger years. I have many wonderful memories of Christmas in the past. This story, however, involves my grandmother, God bless her soul, and food. Here is my favourite Christmas memory.

Growing up in Jamaica, one of my favourite things to do at Christmas time was to go to Gran' Market. Now Gran' Market is a huge shopping event that takes place on Christmas eve each year in Jamaica. You can read more about Gran' Market in my post 12 Things Jamaicans do that make the festive season more fun.

We always went to Gran' Market in Clarendon (the parish I grew up in). Most of my cousins grew up in St. Ann and the older ones would brag to us about how awesome the Gran' Market in Brown's Town was. Brown's Town is a small, rural town in the parish of St. Ann. My maternal grandmother resided in St. Ann. As children, it was a common practice for us to go to St. Ann or 'country' as we dubbed it to spend time at 'Grandma's' house during the summer holidays. It was less likely to happen in the festive season since the temperature would get really cold there at that time of the year, well at least it felt that way to us.

Off to Grandma's House

One year we were finally convinced to go to the Gran' Market in Brown's Town and spend Christmas with grandma. It would be our first time experiencing Christmas away from home. We didn't mind too much because we knew we were in for a major treat where food was concerned. Grandma was an excellent cook and an even more remarkable baker. Grandma's cakes and puddings were the best...sorry mommy 😁.

We went to grandma's house a few days before Christmas Eve so we could determine how we would get to Gran' Market. It was decided that our aunt would take us (myself, my sis and cousin) to Brown's Town in the evening after she took the younger kids (my other cousins). Grandma lived in a residential/farming community a bus ride away from Brown's Town so we would have to take a bus to get there. The plan was that our aunt would let us know when she was close by so we could start getting ready.

Christmas Eve finally arrived and we were excited. We spoke to our aunt in the morning to confirm that we were still on and then we had the rest of the day to think about all we would eat, what we would see (referring to the late-night window shopping) and how much fun we would have. The morning quickly turned to noon and we were teeming with excitement. This increased after our second call, with aunty letting us know that she was already in Brown's Town with my younger cousins and would be on her way back soon. This was some minutes after 3 p.m. Then the clouds started rolling in 😔.

If there is one thing I remember about St. Ann is how unpredictable the weather can be. You could have clear skies early in the day and by noon it's raining cats and dogs. I vividly remember a few really scary thunderstorms I experienced while visiting grandma. Unlike now, I wasn't very interested in or paid attention to the weather updates or the news for that matter. So when the rain came it was a shock to us all (well to us kids). For as long as I can remember I've always been very optimistic and even though it poured I still held out hope that it would ease up in time and we'd still get to go.

Our aunt arrived home and advised us that she would still be willing to go but she had to get an assessment of how the town looked. We were advised that Brown's Town was not very awesome after a heavy shower. With this, we remained hopeful. Grandma was already convinced we wouldn't be able to go and she told us not to get our hopes up. We were still optimistic and even ironed. At around 7 p.m. aunty called us to let us know that she wasn't going as doing so was not a wise decision. I'm probably exaggerating but we were devastated. Imagine, the whole reason we came to St. Ann in the first place and still didn't get to go.

Grandma could tell how disheartened we were and being the grandmother she was, she wanted to cheer us up. She decided to make us some comfort food. This came in the form of rice porridge. Rice porridge is a simple dish consisting of rice and milk or water. The Jamaican Rice Porridge is somewhat different from the other types as it includes additional spices and is sweetened. This idea did not excite me in the least. I was a picky eater and I wasn't sure I would like it. Boy was I mistaken. If you want to try the Jamaican Rice Porridge feel free to check out this simple recipe.

Grandma finished making the porridge and gave us each a bowl. You know how when you're trying food for the first time you take a tiny bit? That's exactly what I did and with that tiny bite, I was hooked. It was the most delicious porridge I'd ever tasted. I'm not sure how much helpings I had all I know is by the time I was finished I couldn't move and my belly was the size of a pumpkin. Mind you I was a skinny child "mi did maaga". My sister and cousin got me out of my food coma by pulling me around the house. Grandma advised me to put a wet rag on my belly. Suffice to say I’m not sure what the rag was supposed to do but Grandma said I should use it so that's what I did. A short while later I was all good.

Later that night we had a good laugh at my antics. Grandma stayed up with us till around midnight telling us stories about Christmas in her younger years as well as duppy (ghost) stories which we enjoyed.  The next day we woke up to chocolate tea and a hearty Christmas breakfast, in the afternoon we had a scrumptious dinner followed by all the cake we could eat. This memory will forever be etched in my mind.  That year I learnt an important lesson. Things may not always go as planned but it always works out in the end.

What is your favourite Christmas memory? Tell me in the comments below. Thanks for reading. 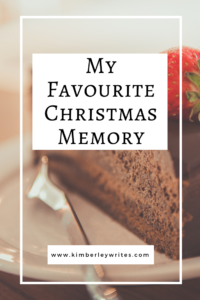 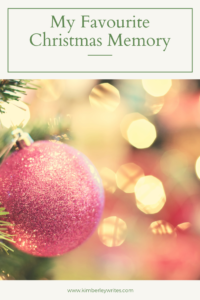 25 Songs on My Christmas Playlist